Okto Eight is the phonetic for the number eight when radio atmospherics turn to little more than mush.
The number eight is key to an organisation that creates eight-hour Milsims; military simulation games involving Airsoft Replica Imitation Firearms, uniforms, movie roleplay and a fair smattering of smoke, props and things that go bang.
Total immersion is the watchword and Okto Eight engage their client’s months before the action begins, with news reports and intelligence, building up to an action-packed climax.

Operation Scimitar is our first game of 2021 and will be held at April 17/18th at Fawkham Kent.

We have a few spaces available in NATO JTF, Russian Warner PMC and the Tizzit Peoples Army (TPA) factions. 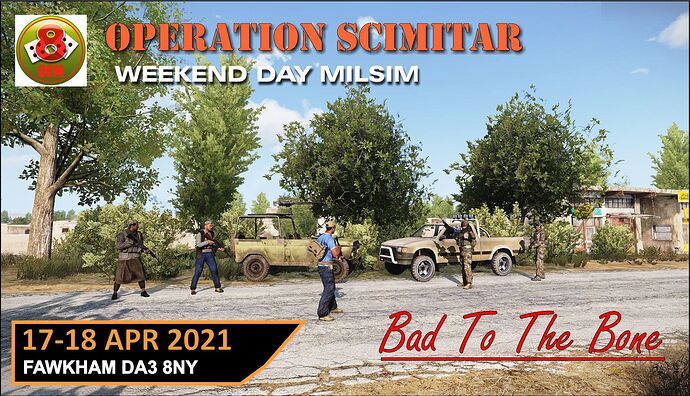