I bought a G3… I wasn’t planning on it, it just sort of happened. 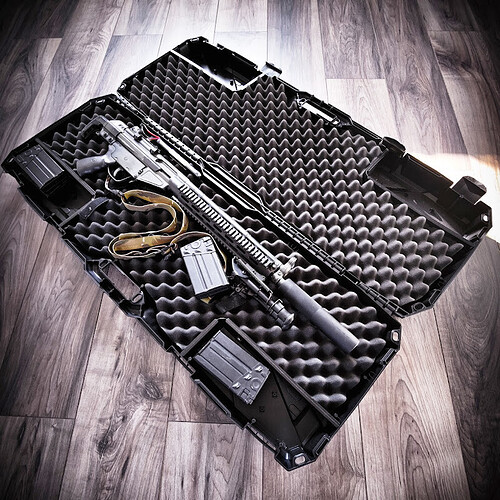 and ontop of that the G3 also came tricked out with a (supposedly) real steel picatinny rail (looks like it may be a JG rail), a claw sight rail and a flash hider/suppressor combo.

I paid £160 for the lot and was happy in the knowledge that even if the RIF turned out to be a proper lemon I could parts it and recoup my spend. Though at the time I assumed that the internals would be slightly upgraded owing to the mini-deans and 11.1v LiPo configuration… Boy was I wrong!

Now why did I buy a G3? Well a few months back I stumbled across a picture on the reptile house blog showing a UKSF type weilding a tricked out G3. It looked dope and I had to have one! Digging further into the use of ally’d G3s in UK hands it turns out chappy in the picture is actually david radbrand, whos insta is chocca with picks of him rocking one on his tour(s) in Afghan. 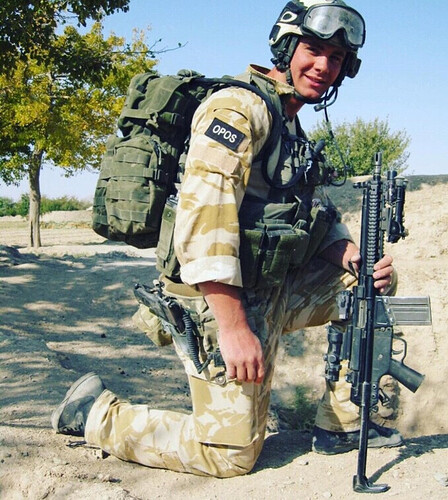 Now back to the G3 I’d picked up (A Classic Army none the less!) Upon testing it the next weekend I found the FPS to be way down, then when marshal Matt tested it on full auto it stripped its piston… Joy… So I cued the music and cracked it open, finding it to be completely stock inside… No wonder it shredded itself. 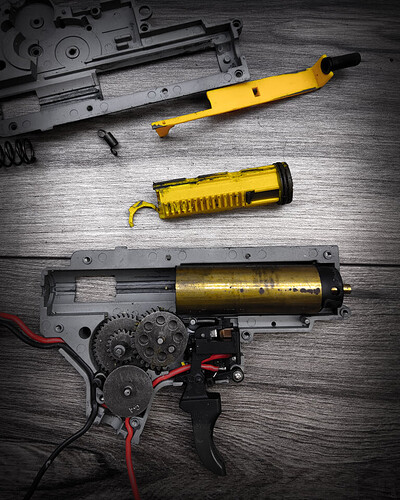 After realising this I jumped online and ordered in all the part needed to make the really sing.

Note: the parts in italics didn’t need to be replaced but were because a) the original cylinder wasn’t aesthetically pleasing and b) muggins here broke a part.

adding in the cost of buying the G3 package, in total this build has cost me £330.99, which is cheaper than buying a new LCT G3, let alone all of the extras and externals.

Now all thats left to do is rummage through my scope collection and chuck on an ACOG and voila, a UKSF~esk G3! Not bad hey! I know there are some minor visual differences (slightly longer barrel, shorter sight rail) but overall I’d say it’s fairly close. 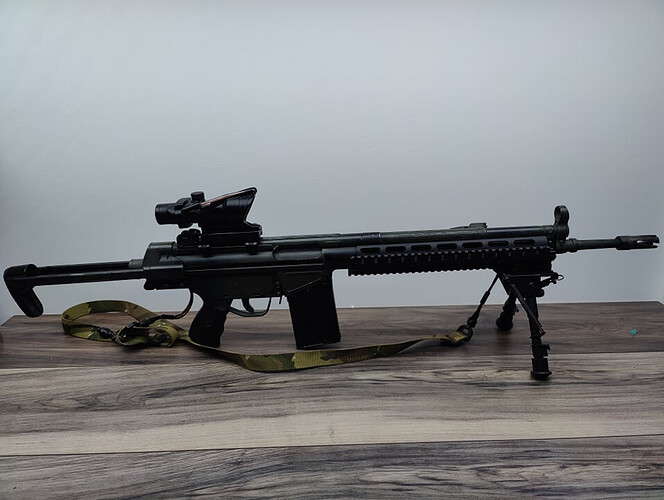 With regard to performance I had a couple of false starts with the build, but now I’ve got it working fairly well, with it running at ~0.95J on a 0.28g BB and reaching out to 50m, with it being able to harass out to 65m. It’s still not quite where I want it though, so I think I’ll change the spring up and switch the bucking from a plane G&G Green to a flat hop to hopefully stretch its legs a bit more and bring the grouping sizes in a bit. However that being said I’m still rather happy with how this build turned out.

I’ve done a video chatting a bit more about the build process and the hurdles along the way which you can check out here: 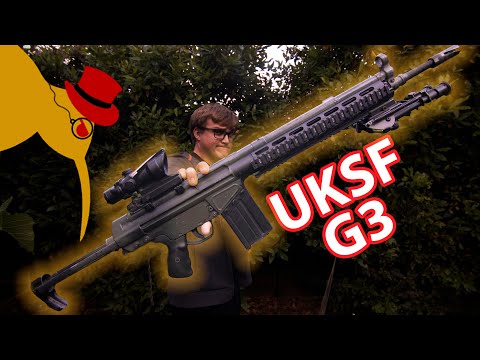 (Note if you follow this link before 9AM BST on the 21st of August 2021, Congratulations you can watch the video before its live!)